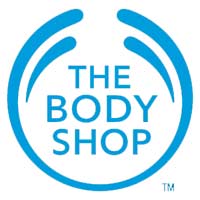 In 1976, a mother of two decided to open a shop in Brighton. Her aim was to provide money for herself and her children while her husband worked abroad.

The shop offered just 15 products. All of them were for skin care. They were in plastic containers that customers could return to the shop for staff to refill.

The products, and the idea of recycled containers, caught on immediately. The reputation of the shop soon spread among the residents of Brighton and the town’s many visitors.

Within six months, a second shop opened. There are now 2,000 shops with 80 million customers and more than 300 products.

This retail phenomenon was The Body Shop. Its founder was Anita Roddick.

Anita Roddick (1942 – 2007) was a pioneering entrepreneur. She didn’t just establish a business that consumers in 2004 voted as the second most trusted UK brand. She led the business world in areas such as fair trade products, ethically-sourced ingredients, and social and environmental responsibility.

Her legacy is evident in almost every aspect of British and world consumerism. She brought green business issues to the attention of the public years before anyone else. She showed future generations of entrepreneurs that they could be business-like and at the same time direct their efforts into causes close to their hearts.

The Body Shop was not the first of Anita Roddick’s enterprises. She had previously run a restaurant, a hotel and a picture-framing shop. It was The Body Shop, however, that made her fortune.

The idea behind the shop was simple. Roddick based the first 15 products on skin care lotions and creams she had encountered while travelling abroad. The products were simple and used natural ingredients. Some of them originated in the country where her parents were born and which she frequently visited: Italy.

Roddick sold the products as alternatives. They stood against the standard cosmetic items available in most high street shops.

Furthermore, she didn’t use sales hype. Instead, she told the plain truth about each product.

She also realised the public like a story. Therefore, on the shelves of her shops, Roddick attached details about the products’ natural ingredients, where they came from and their history.

Above all, Roddick didn’t develop The Body Shop along conventional business lines. She wanted to sell her products as widely as possible and make money. But she also wanted to use the products and the shop to spread ideas about causes she passionately believed in.

The first of these causes was her opposition to animal testing for cosmetics. Through her efforts, Roddick created a petition with four million signatures. The petition demanded an end to animal tests. The result was a change in the law.

Even now, after her death, The Body Shop continues to engage its customers in causes. The latest petition The Body Shop is asking people to sign is aimed at stopping the sex trafficking of children and young people.

By the 1990s, the Body Shop had grown massively. Almost every high street had a branch.

This growth required finance. But Roddick’s success often confused her potential backers in the City. These backers were traditional business people. They found it hard to believe that a retail business could be such a runaway success when it openly promoted ethical issues.

And yet The Body Shop was a success. It took many business people a long time to realise that fair trade, environmental responsibility and “green issues” were not just novelties that sold products. They were an integral part of what the public wanted for the items they bought on a daily basis.

Roddick’s achievement is remarkable. She successfully challenged the way many businesses source and promote their products. By so doing, she encouraged business leaders to follow her example.

She also proved that entrepreneurs don’t need to act in conventional ways. They can bring passionate belief into business and still make large profits.